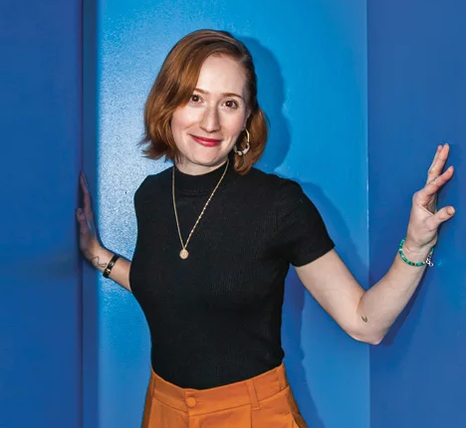 She is a co-founder of  The MITTEN Lab, an emerging artist residency program in her native state of Michigan focused on cultivating the next generation of theatre artists. She is also a co-founder of The Business of Broadway, a new educational venture with the aim of democratizing commercial producing knowledge in an effort to develop more transparency between artists and producers. She has been a guest lecturer and educator at The New School, Fordham University, New York University, and Interlochen Arts Academy, among others. She is currently an Adjunct Assistant Professor in Theatre at Columbia University School of the Arts.

With a passion for creating space at the intersection of art and social justice, she has produced and participated in theatrical events supporting organizations such as Donor Direct Action, The Global Poverty Project, Covenant House International, TDF Open Doors, Safe Horizon, The Actors Fund's Phyllis Newman Women's Health Initiative, She Should Run, Everytown, the ACLU/NYCLU, the Marjory Stoneman Douglas Victims Fund and Shine MSD, March For Our Lives, and recently the CDC Foundation's Coronavirus Emergency Response Fund​. She is a proud member of the Covenant House Sleep Out: Stage and Screen Executive Committee, an Artist Ambassador for the New York Civil Liberties Union (NYCLU), a member of Broadway Advocacy Coalition's Artist Impact Team, and sits on the Board for WP Theater. She has served on award and grant panels for the National Endowment for the Arts (NEA) and the American Theatre Wing, the Princess Grace Foundation, and the Fred Ebb Award. ​​

A former WP Theater Lab Time Warner Foundation Fellow, Rachel was the recipient of the 2019 Geraldine Stutz T. Fellowship in Creative Producing, founded by Hal Prince in conjunction with Columbia University.  She is a graduate of the Commercial Theater Institute and a University Honors Scholar alumna of New York University's Tisch School of the Arts.
Proudly powered by Weebly